NOTE: This workshop is broken into 3 parts, due to come constraints with the number of canvases using the p5.sound library.

p5.sound library extends p5 with Web Audio functionality including audio input, playback, analysis and synthesis. p5.sound library is provided as a SEPARATE javascript file, which means that we have to include this in addition to the main p5 library.

If you have downloaded p5.js library files, conventionally, you would create a folder inside the directory of the folder you are working in called "libraries" or "libs" and copy the library files. Next we need to reference this file so we can use it in our html pages.

If you are going with the CDN option, which means you are referencing to a file on the web, you should be doing this instead:

When using the p5.sound library, we will need to run our web pages on localhost. The reason for this is because when dealing with external files in javascript, there are some restrictions to using an "external file" that can be overcome by running a localhost, a local server within your computer. Below illustrate steps to run HTML files inside of a folder of your computer on localhost. Images by MOQN. 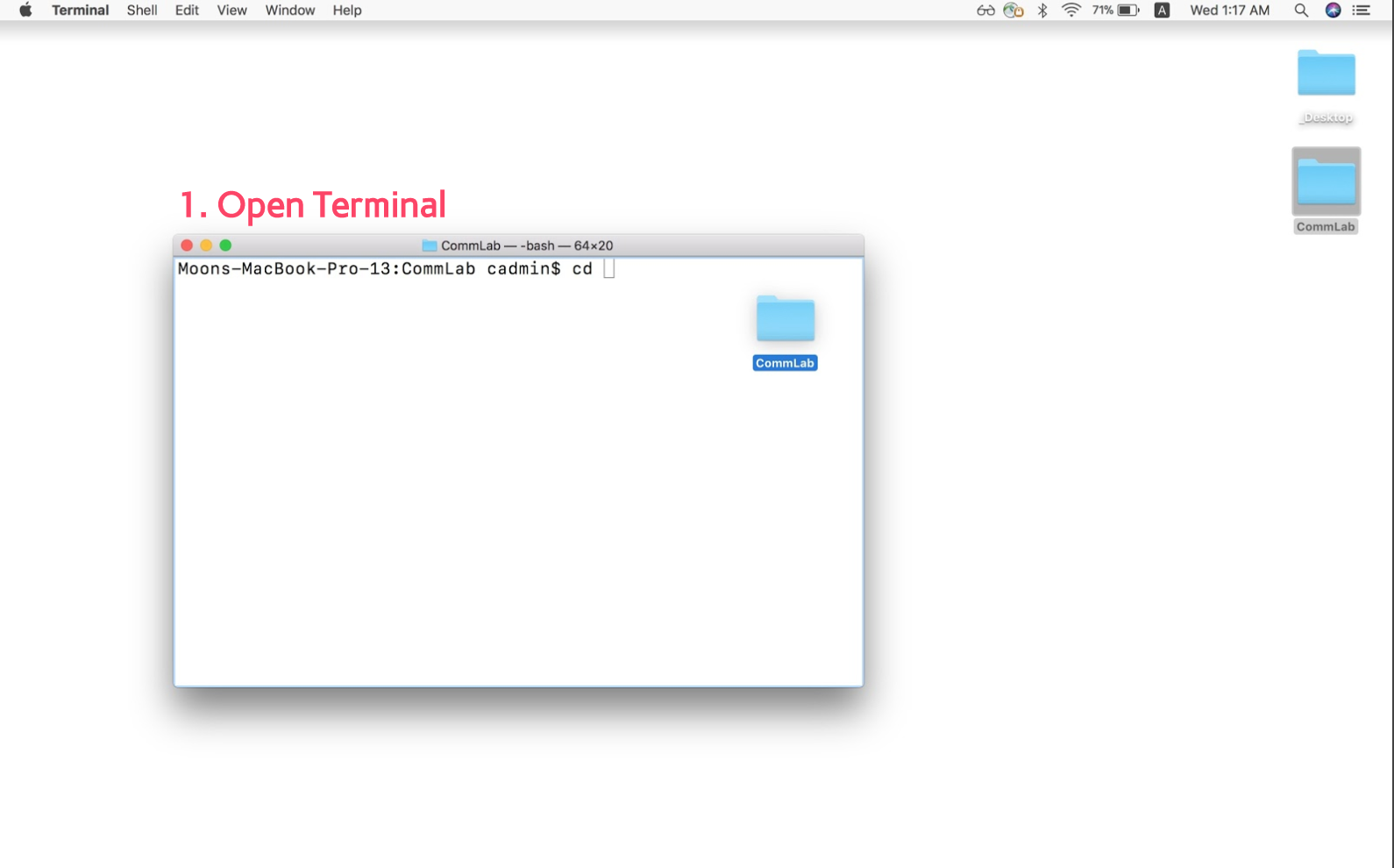 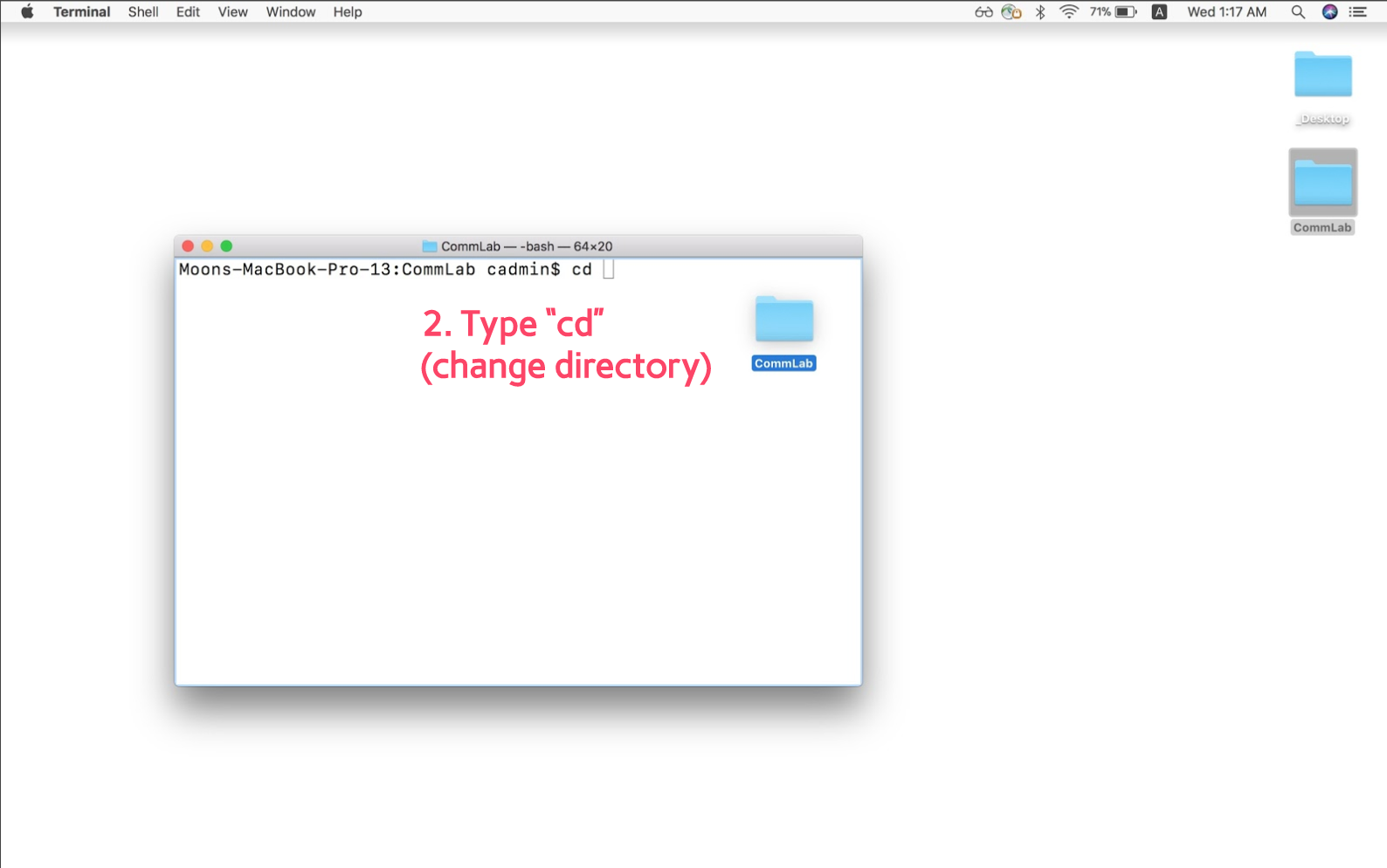 First, you need to open "Terminal". It is available in all Mac computers by default, and you can find this by searching your applications.

Next, type in the command cd , which stands for Change Directory. 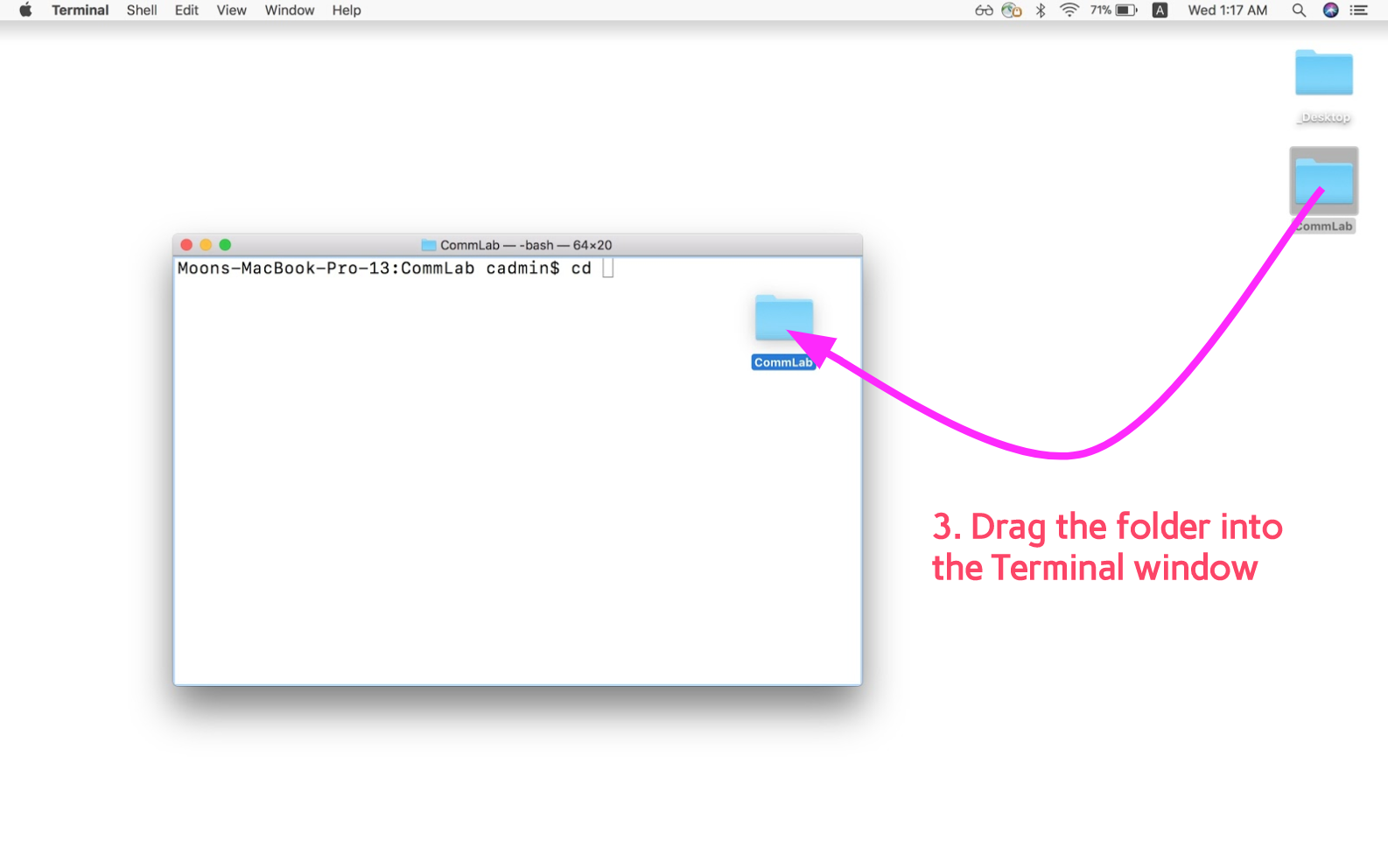 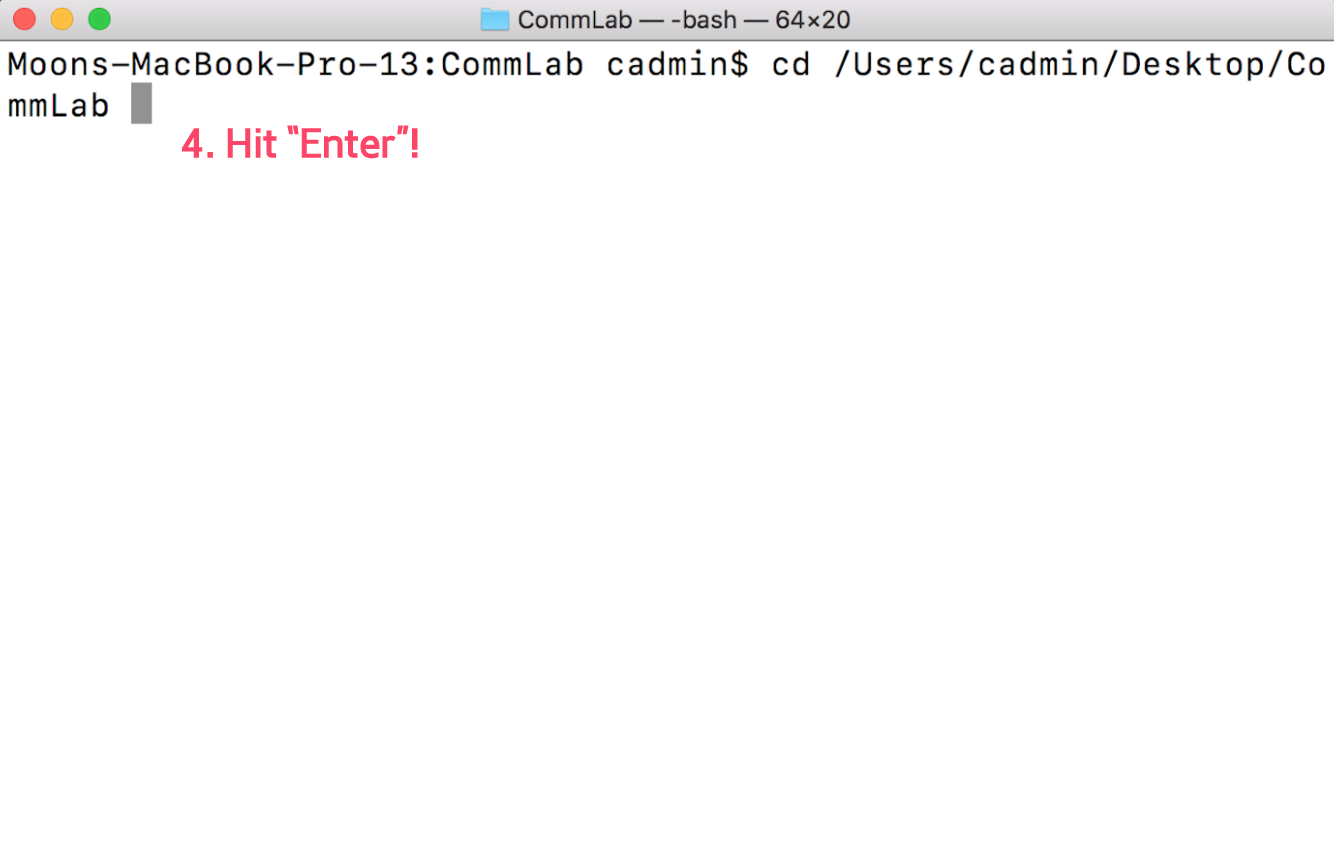 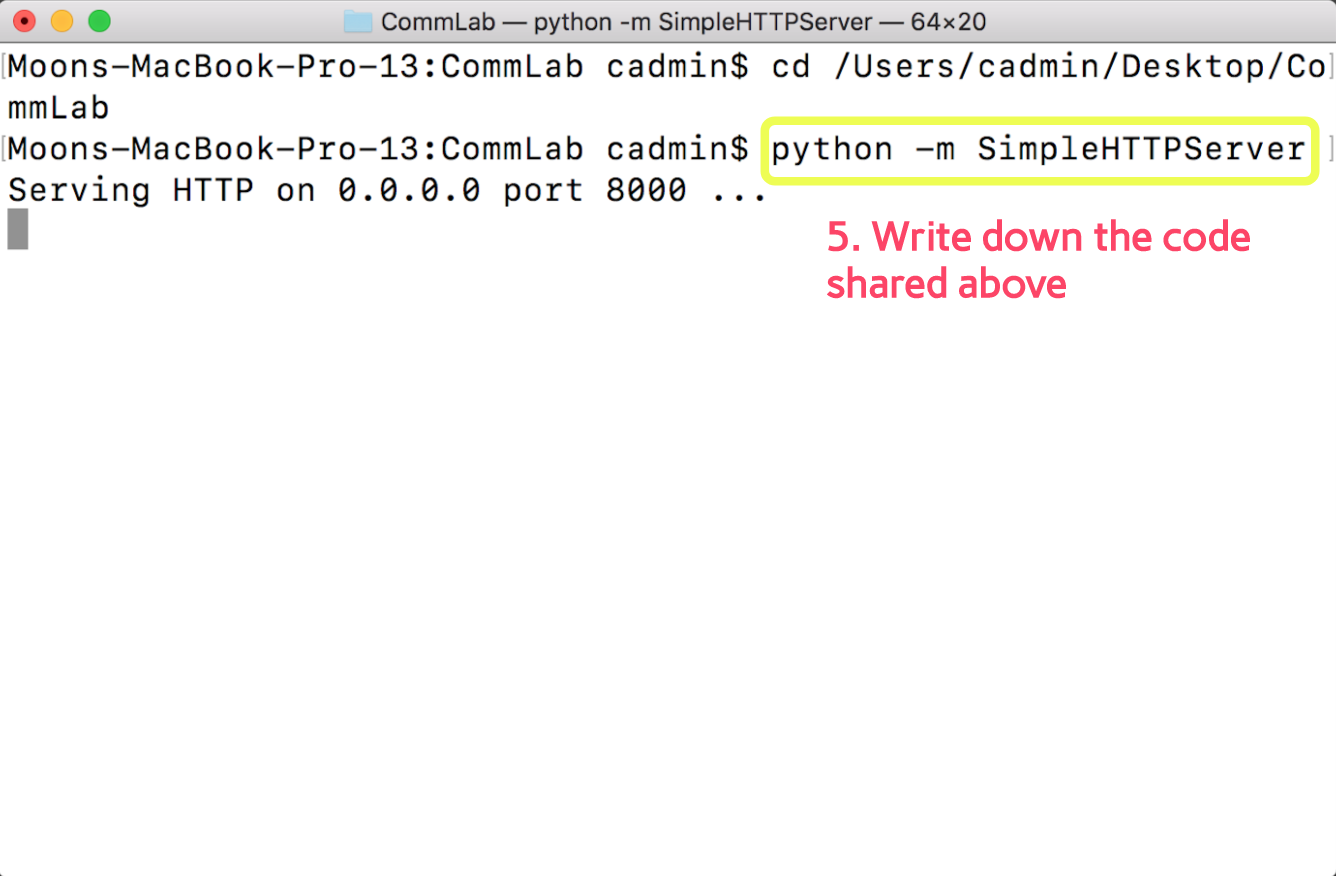 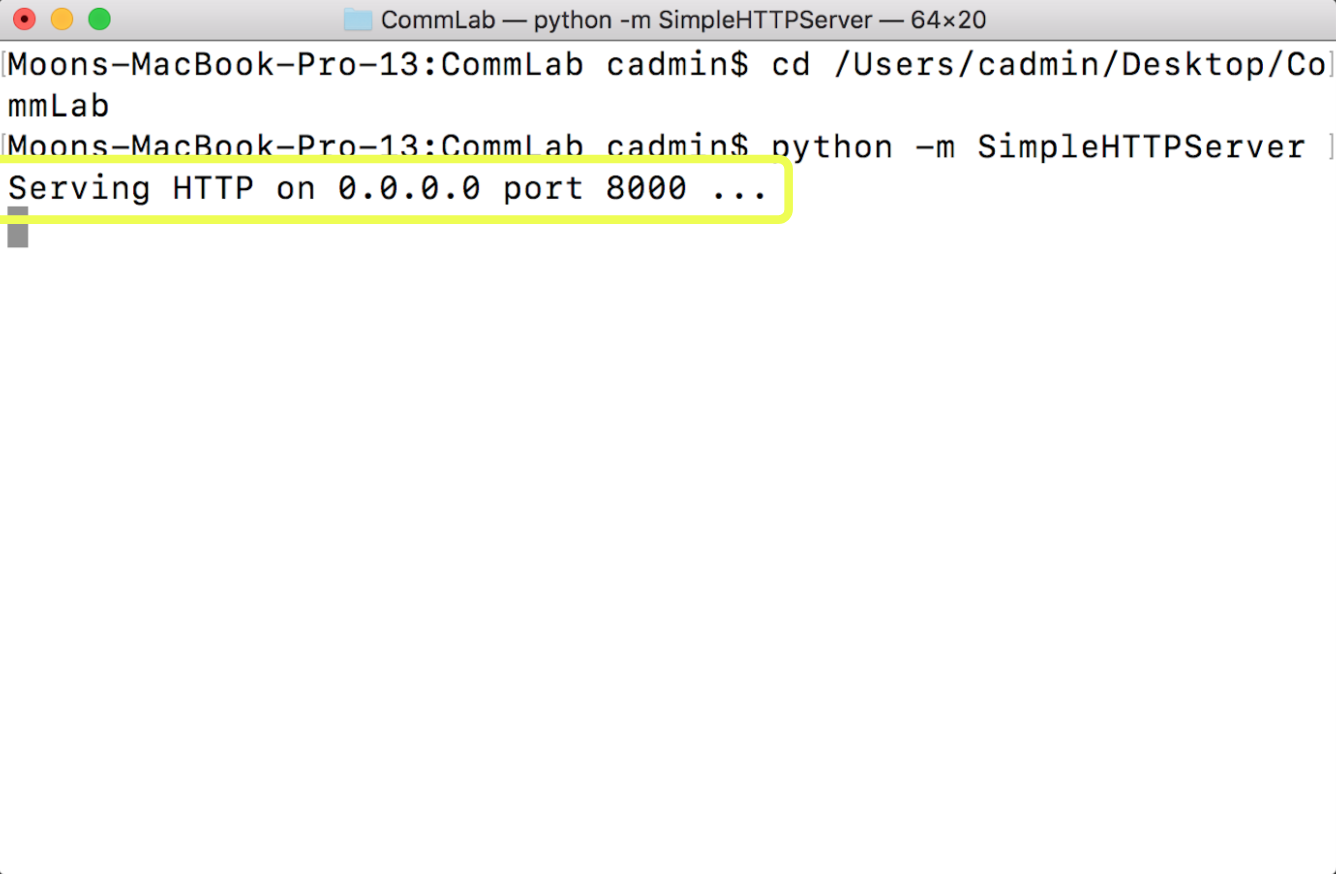 Next, type on the Terminal application the following code:

, then press enter! After a few seconds, you should see the Terminal application say something like below:

The number after "port" means the number you need to enter after localhost + colon (:). This number will usually be 8000.

Now, you will be able to view the index.html file inside of the folder you dragged into the Terminal application by going to http://localhost:8000 on your browser.

We are ready to start using p5.sound library!

Using an audio file with p5

You can use an audio file inside of a p5 sketch for various uses, such as to do sound analysis (we will get to this later) and to trigger it at specified situations. In order to use audio files, we use the loadSound() function. loadSound() function should generally be saved to a variable, in which case the variable can be used to refer to the sound file inside the sketch. It should also be called inside of the preload() function, to load the audio files before running setup(). This ensures that the file is fully loaded to be playable and usable all the way through without buffering.

The above functions that control the audio file need to be preceded by the name of the variable that you saved the loadSound() function to, followed by a dot(.) See the example code below:

Below is a simple example of using mousePressed() to play() and pause() audio file, and change the background accordingly. It uses the isPlaying() function to check if the sound file is already playing. If isPlaying() is true, pause() the audio, else, play() the audio. Using the same if-else-statement structure inside the draw() function, set the background to red if it audio is playing and to blue if the audio is not playing.

Click to proceed to the next section of this workshop.